Home
Drop in the bucket? Or a donor deluge?

Drop in the bucket? Or a donor deluge? 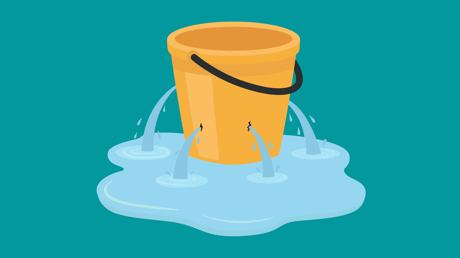 Let your donors know their gifts have impact

Nonprofits often deal in large numbers, raising millions of dollars to feed hundreds of thousands of starving children or saving thousands of homeless animals, or rebuilding whole communities after a disaster.

But for most people, those numbers don’t resonate. We hurt for those in need, but we wonder how much our relative drop-in-the-bucket donations can help.

You know that every dollar matters. Your job is to let your donors know that, as well.

Part of the solution is helping donors think in digestible numbers. This campaign does a really nice job of that.

Texas-based nonprofit Artist Boat promotes awareness and preservation of coastal prairies, wetlands, and the marine environment on the Galveston coast. Right now, it needs to raise $10 million to buy up and protect a parcel of ecologically vulnerable land.

The organization planned to buy the 1,400 acres over time but now finds itself in a race against time because, as Artist Boat board chair Al Alsup says, “The Galveston real estate market is now hotter than ever, and there’s an existential risk that these pristine lands will be lost to high-density commercial and residential development,”

To speed things up, the organization launched its “One in a Million” campaign, aimed at getting a million individuals to each give at least $10 over the next two years.

This is a clever way to raise funds. Artist Boat’s strategy breaks down the big numbers and allows donors to see that their “drop in the bucket” donation can add up to a deluge of difference.

Great lesson here! We encourage you to stay creative, stay nimble, and keep on learning about new ways to increase engagement with donors and raise more money for your important cause.

- Your friends at CharityHowTo