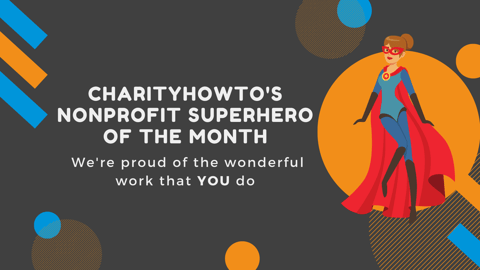 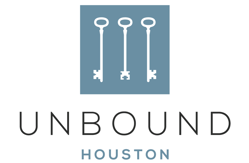 From the darkness, hope

Unbound Houston tackles human trafficking from a place of faith

Human trafficking arguably is the most heinous atrocity slithering through the dark underbelly of society. But, chances are, it’s not exactly what you think.

As director of educational programs at Unbound Houston, Christa Mayfield is on the front line of a compassionately heroic effort to overturn rocks and shine a light on the scourge of human trafficking — and put an end to it.

UnBound Houston is dedicated to fighting human trafficking in the Houston area through prevention and awareness, professional training, and survivor advocacy.

Awareness and understanding are the first steps, Christa explains. There are many misperceptions around human trafficking that make it harder to fight, she says. Here’s what it’s not:

While those scenarios do play out and are tragic, there’s much more to it and it’s more insidious than most people know.

According to Christa, here’s what human trafficking more likely is:

“The biggest misconception that we run into is that it involves abduction or kidnapping or something like you see in the movies or those viral Facebook posts,” Christa said. “People often associate creepy stranger behavior with human trafficking, and they absolutely might be creepy people up to no good, but it doesn't mean they're out to kidnap and traffic your children.

“At the end of the day, human trafficking more often is the last stop on a long train of exploitation,” she said.

The problem with the stereotypical idea of human trafficking is twofold, Christa said. First, the “innocent victim snatched off the street scenario” makes it harder for people to feel compassion for the more likely victims: the runaway, the addict, the emotionally troubled teen who acts out.

It also makes it easy for people to write off the problem as too far removed from our everyday lives for us to have any real role in stopping it.

Part of what Unbound Houston does is educate the public about the many ways people are lured into human trafficking, what it looks like, where it happens.

One of Unbound Houston’s core areas of focus is prevention and awareness.

“Trafficking is a trap, and like all traps, people fall in because they didn’t see it,” the organization’s website puts it.

Christa explained that the organization sees young people, armed with knowledge, as the future of the fight against human trafficking because the culture that engenders trafficking takes aim at them early.

The organization reaches out to schools, religious groups, leadership groups, civic organizations, service fraternities, business groups, and other community gatherings in an effort to educate people on how to prevent trafficking before it happens.

“Human trafficking is not just a stranger danger issue,” she said. “It is unhealthy relationships that turn into something really, really evil and exploitative that could be prevented if people knew what to look for. And so we want people to know how to spot these situations, these behaviors that would indicate that something isn't right,” she said.

Unbound Houston also focuses on professional training to help people in a wide swath of professions learn to recognize the signs of human trafficking and how to deal with it. Those include the courts, law enforcement, medical fields, schools, etc.

“We want professionals in every capacity to know what it might look like if a victim of trafficking were to cross their path, whether that be in a clinic, a classroom, a courtroom, a school bus, a business, or a hotel,” she said. “Everybody has the potential to encounter a human trafficking victim.”

Finally, Unbound Houston focuses on survivor advocacy, in terms of crisis response and ongoing case management for survivors, from addressing their immediate needs to long-term success.

The organization helps survivors build the life that they want while giving them access to resources and making sure they're safe, she said.

One of the many heartbreaking things about human trafficking is that the predators at the root of these cases are so well versed in their craft that victims often don’t even realize they’re victims and often blame themselves, Christa said.

They don’t recognize the grooming and they may feel, “I asked for this” or “I signed up for this” because they went to a party or they agreed to meet a stranger or they trusted someone they shouldn’t have.

“That keeps them stuck in that lifestyle,” Christa said. “Everybody makes mistakes, but victims of trafficking make mistakes that someone pushed them to do and then is right there to take advantage of them when they fall.”

Even as she describes the atrocities of human trafficking and the toll it takes on its victims, Christa speaks valiantly of hope. It’s the survivors, their resilience and strength, that offer hope.

“I also have a lot of hope because this isn’t like a natural disaster that we have no control over; it's humans making decisions,” she said. “So let's just make better decisions. Let's just help each other. I'm looking around going, ‘There's so much that we can do, we can make decisions that will affect change.’ We're seeing it happen in communities — in small ways, but it’s happening.”

Find out more at unboundhouston.org.

To meet Christa and learn about how Unbound Houston found free and premium CharityHowTo resources that help it move its mission forward, go here.