Home
Nonprofit Superhero Of The Month: The Harvest Fund

Nonprofit Superhero Of The Month: The Harvest Fund 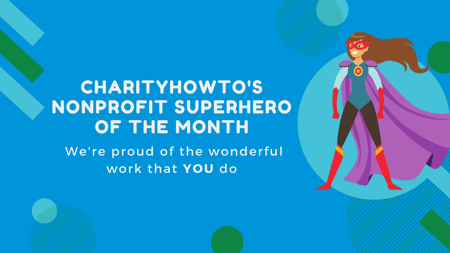 Imagine you’re a single mother. You have three children and, each day, a decision to make: Which one to feed? Who ate last? And how long can the others wait to eat again?

It’s unthinkable. But mothers in the poorest regions in the world have to think about just that and have to make choices in their everyday lives that most of us can’t imagine facing.

The mission of The Harvest Fund, a small, young social enterprise, is to inspire and equip women farmers in Zambia to lift themselves and their families out of poverty. It leverages climate-smart technology and training to cultivate independence for marginalized African women in agriculture.

Sixty percent of Zambia's population relies on agriculture for a living, but 50 percent of its fresh fruits and vegetables are imported from other countries, The Harvest Fund Executive Director Michelle Kurian explains. And about 70 percent of the agricultural workforce in Zambia is women. Yet many of the women the organization works with live in extreme poverty, often with just about a dollar a day to provide for their households.

That disconnect is the problem The Harvest Fund works to solve.

Studies show that women tend to reinvest their income back into their families on a much greater scale than men do, so The Harvest Fund empowers women farmers through microfinance, sustainable agriculture training and efficient technologies.

The organization carefully selects high-potential female farming cooperatives to support through its unique program. Each cooperative is provided agricultural training and technologies that are introduced over a three-year period for easy adoption and repayment. The cooperative then repays with the crops that they have grown which The Harvest Fund resells.

Producing better, more high-quality crops allows the women farmers not only to provide better food for their families, but it increases their selling power and, therefore, their income and impact in their communities.

“We realize if we could give women farmers the tools that they need to produce more and grow more, then we could create a more powerful ecosystem for them to not live in extreme poverty and not worry about which child to feed and also have more money so they can send their children to school,” Kurian said.

The organization’s impact extends far beyond one person, one family, at any one point in time.

Research by the United Nations’ World Food Program found that women were the key to alleviating extreme poverty, Kurian said. They also are the key to economic development and breaking the chains of poverty from one generation to the next.

Mothers living in extreme poverty often have to worry about things like paying school fees, buying supplies not only for school but for the household, all while also trying to keep their children fed, clean and safe.

“You can actually see the women talk about how much, even within a year, our program has made a difference in their lives because they can afford these things,” Kurian said.

“Being the child who doesn't know whether they'll be there for the next term or, the kid with dirty clothes or the kid who can't even write down his lessons because he doesn’t have a pencil… we are able to change that,” she said. “And so our focus isn't just on agriculture; it's on women, so that we can see change in the future as well.”

“When the women have a chance to earn more, what they spend it on is sending their kids to school, so that allows them to have generational impact,” she said.

Kurian shares an example of a woman, Caroline, whose biggest concern about her farm wasn’t vegetables rotting or mice getting into the grain, as one might expect. Rather, it was not being able to tend to her teenage daughter because she had to spend hours gathering water.

Without supervision, girls who live in poverty are more prone to skipping school and complicating their lives in other ways, Kurian said.

“They would get pregnant. They would marry a guy without a job. And the whole cycle of poverty and inequality would continue,” she said, explaining how having easier access to water thanks to a well and pump provided by The Harvest Fund has far-reaching implications.

“Now, that mother, instead of pulling water literally from the ground with a very weak bucket, she just gets to turn on a hose,” Kurian said. “So it saves her a lot of hours so that she can do things like provide more supervision to the children that need it.”

Women farmers involved with The Harvest Fund find themselves with a different outlook on life and on themselves and often evolve from struggling, overwrought farmers to leaders in their communities. And that provides younger women and girls with strong female role models, again increasing the likelihood that they’ll raise themselves out of poverty and the debilitating mindset it causes,

“They realize that farming isn’t a poor person's activity,” Kurian said. “They realize farming is a place where they can be leaders in their community now. [MK3] And so that's really the influence that we're having with young girls so that they can stay in school and also have these good influences around them.

The Harvest Fund’s social enterprise approach is empowering in that rather than saying, ‘Let us help you,’ its message is, ‘Let us partner with you,’ Kurian explains.

“If they’re trained and provided with the right tools,” she said. “They don't need to be the takers. They can be the givers to a national economy.”

Find out more at theharvestfund.org

To meet Michelle and learn about how The Harvest Fund found free and premium CharityHowTo resources that help it move its mission forward, go here.

Michelle from the Harvest Fund is one of our many nonprofit superheroes who are a part of the CharityHowTo community. She and so many others take part in our nonprofit educational webinars and resources to help further their organizations’ mission and vision.