Home
Nonprofit Superhero Of The Month: The Good+ Foundation

Nonprofit Superhero Of The Month: The Good+ Foundation 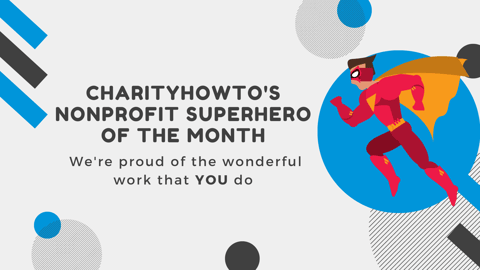 Poverty is insidious and self-sustaining. It’s hard to pinpoint where it starts, and there are many questions to debate about the historical, cultural, societal, and socio-economic reasons that contribute to it.

But two things about poverty are irrefutable: It hurts on many levels in many ways.

And the sheer tenacity of it makes it incredibly difficult to stem. Once it takes root, it becomes a multigenerational problem that ingrains itself into a family’s fiber.

The nonprofit Good+ Foundation is working to dismantle multigenerational poverty. The problem is huge, but the organization believes the beginning of the solution is small. Small like a box of diapers. Or maybe a little bigger. A car seat. A crib. Things parents need to get through the day.

And then it grows from there.

Founded in 2001, Good+ isn’t a direct services organization — people in need can’t go directly to its offices for help. The organization has warehouses in New York City and Los Angeles and partners with approximately 80 innovative anti-poverty programs across the country. Those partners work directly with families, and many provide bigger-picture help like job training and GED classes, financial literacy education, etc.  — steps that can help a family dig their way up and out of poverty.

“We're working with a network of nonprofit partners and we believe that, by providing them with these goods, we are amplifying the great work and the effect of the services they're providing,” said Joe DeFerrari, the New York program coordinator for Good+. “So that's one piece, the goods, and the other piece is working to combat systems and policies that are keeping folks trapped in multigenerational poverty.”

That’s part of what makes Good+ unique, DeFerrari said. The organization layers solutions, providing the goods that it takes to raise a happy, healthy, safe baby, and also providing services to parents and caregivers.

“We’re layering the goods into the services being provided by these partners in a way that's encouraging further participation,” he said. “So what that might look like is a mom and dad go to a co-parenting class together and they get a stroller at the end of the class.

Success for Good+ also looks like getting a crib to a parent in the middle of a custody issue where having a safe sleep space is the difference between the parent retaining custody or not.

“Or maybe it’s a  dad who isn’t getting along with mom,” DeFerrari said. “He shows up with a bag full of clothes and diapers from Good+, and all of a sudden it's like an entryway and they're talking again — and that's better for the child.

“So we really believe that even very simple goods can make a huge difference for these families,” he said. “That is success to us. Those are the stories we love to hear.”

A hand up rather than a hand out, as they say. While one-time emergencies occur and parents might need diapers or other immediate items, the work that Good+ and its partner agencies do has multiple touchpoints focusing on helping parents work toward better lives for themselves and their children.

Good+ believes that parents who work together cooperatively with the children’s best interests at heart — even if they’re no longer together as a couple — stand a better chance of raising happy, healthy children and setting their children up for success later in life.

Another rather unique element of Good+ is its focus on fathers — not something you see a lot of when it comes to social services.

In 2010, the organization began to fully appreciate “that our culture, policy and social service providers were treating fathers as secondary, nonessential actors in children’s well-being.”

“We found that there were very few programs supporting dads, despite the fact that children in father-absent homes are four times more likely to be poor than children in two-parent homes,” the organization’s website states. “Stronger fathers build stronger, more resilient families, which are the backbone of thriving communities. The more we invest in fathers in their capacity to be engaged co-parents, the greater impact we see on children and families as a whole.”

DeFerrari  added: “Our founder, Jessica Seinfeld, spoke in an interview about ‘father absence’ and how it just was not going anywhere, and we started to realize that that is a root of multigenerational poverty and something we need to address directly.”

“That's huge, that says a ton to us,” DeFerrari said. “We believe really strongly in the power of very simple goods. We think it makes a huge impact when you're getting fathers the resources and the tangible goods they need to be successful fathers and to thrive as individuals.

“The Father Factor” is the name of Good+’s strategy for engaging dads, and it’s more than just a catchy phrase. The organization has mandated that all of the nonprofit partners it works with must be intentionally working toward father engagement.

“So we put that out there and we had to stop working with some really great partners that we really loved and who were doing awesome work,” he said. “But it was very important to us once we came to terms with how important engaging dads is.

“We wanted to make sure we were working with organizations who were on the same page with us on that,” he said.

DeFerrari said that while “the myth of the deadbeat dad” has its roots in reality, it’s often not the whole or most accurate story. Good+ has found that very often dads want to stay involved in their children’s lives even if the relationship with the mother doesn’t work out, he said, and that there often are complicated barriers that keep fathers away.

“So if we can help fathers have the goods they need to be successful dads and to have the resources they need to thrive themselves, then they can be there more for their children, their families.”

“We know how much their absence affects children on a systemic level,” he said. “So, yes, we believe that's all intertwined, that if you can help fathers more than that would make a system-wide impact on poverty.

Good+ also is working on a training academy to help front-line social services workers better engage fathers, and it has a partnership with Ascend at the Aspen Institute to address outdated child support laws through state-level reform by advocating for right-sized payments, co-parenting support and services, and alternatives to punishments for non-compliance

“There are, unfortunately in our country, just a ton of folks who are lacking the basic everyday essentials, and raising a child is very, very expensive,” DeFerrari  said. “We know we're not going to solve that problem on our own, but we hope that we are making a sizable, measurable dent and helping more families to have the things they need to thrive.”

To meet Joe and learn about how The Good+ Foundation found free and premium CharityHowTo resources that help it move its mission forward, go here.